Subscribe to the Matt La Moda Newsletter now and receive 10% off your first Online order.

You are here: Home / Blog / Scarves

Ancient Rome is one of the first origins of the scarf, where it was used to keep clean rather than warm & stylish.

It was called the “sudarium” which translates from Latin to English as “sweat cloth” and were used to wipe the sweat from the face and neck in warm weather.  They were originally worn by men around their neck or tied to their belt. The scarf became a real fashion accessory by the early 19th century for both men and women.

By the middle of the 20th century scarves became one of the most essential, and versatile clothing accessories for both men and women. 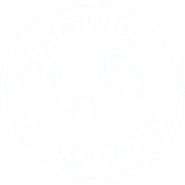 Thanks for subscribing! Please check your email for further instructions.

Something went wrong. Please check your entries and try again.

You can find out more about which cookies we are using or switch them off in settings.

This website uses cookies so that we can provide you with the best user experience possible. Cookie information is stored in your browser and performs functions such as recognising you when you return to our website and helping our team to understand which sections of the website you find most interesting and useful.

Strictly Necessary Cookie should be enabled at all times so that we can save your preferences for cookie settings.

If you disable this cookie, we will not be able to save your preferences. This means that every time you visit this website you will need to enable or disable cookies again.

This website uses Google Analytics, Zendesk and Pingdom to collect anonymous information such as the number of visitors to the site, and the most popular pages.

Please enable Strictly Necessary Cookies first so that we can save your preferences!